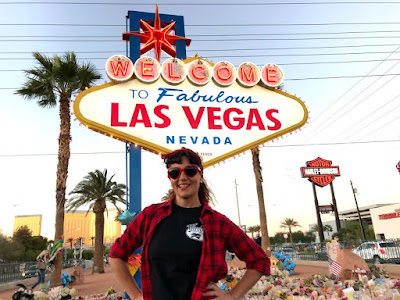 This was an awesome day on the road for me. I saw more Nevada desert, more cool old dilapidated buildings and met more lovely people. Gosh even writing about it now and going through my journal and photos makes me want to hitch up and do it all over again! 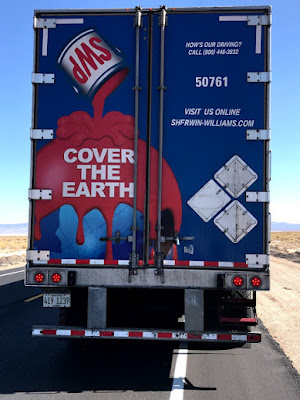 After being held up for about half an hour for road construction behind this truck with what has got to be the most ecologically incorrect logo I have ever seen (What mad ad man came up with that brilliant concept I wonder?) I pulled into the old mining town of Goldfield and stopped to have a look around and get some cool photos of the historic buildings. 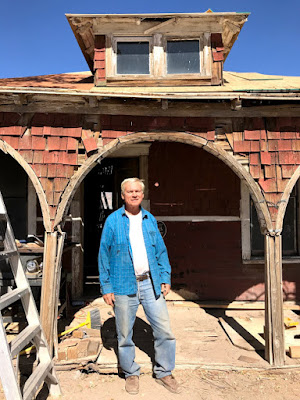 I saw a guy restoring this cool old house and after stating that he sure had his work cut out for him there, I asked him if there were any restrooms around. It tuns out that he was the President of the Goldfield Historical Society; John Ekman who kindly directed me to the nearby courthouse and then gave me a guided tour of the building. 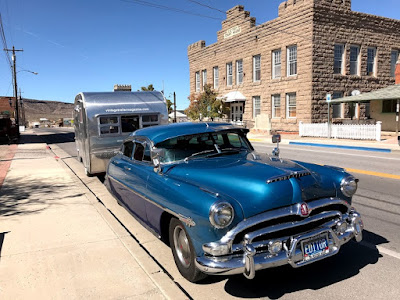 Built in 1907, it still serves as a fully functioning courthouse up the magnificent old wooden staircase. On the ground floor are the council offices, a DMV and it even has a jail out the back (and yes, John tells me, there are actually prisoners in there!) 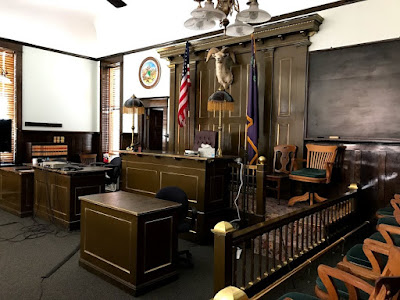 I had to laugh when I saw the name of the judge though. I guess that word doesn't mean the same thing as it does in Australia or I can only imagine what those prisoners would have to say about the judge that convicted them! 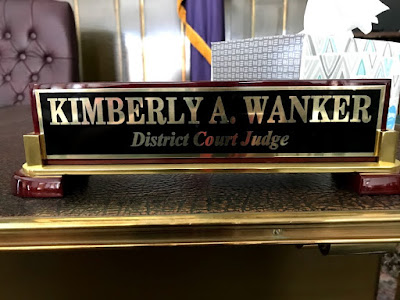 I just love these rustic old towns and their old buildings. John told me that the old gas station was owned by a guy from Sweden who had a penchant for old western towns and that he drives the cars that were inside whenever he is in town. 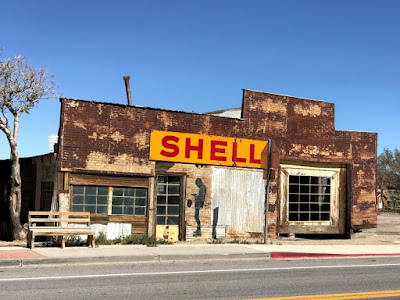 John even opened up the garage doors so I could go inside and check them out! Very cool! 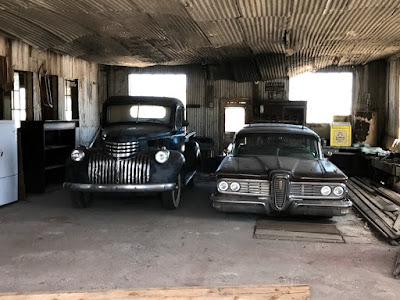 I told John that I wouldn't mind living in an old town like this either and it seems there is plenty of places for sale and in desperate need of restoration as they sadly succumb to the elements. 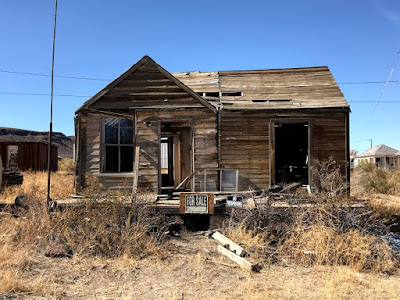 Oh my goodness I think I found my dream house! 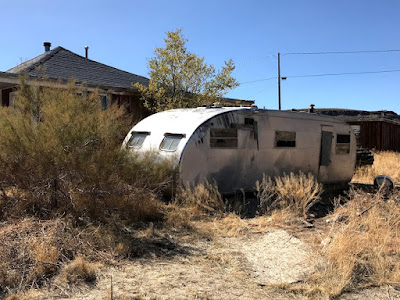 And my dream trailer is right next door!

But there was no time for real estate dealings today as I still had a long way to drive to get to Vegas before nightfall, so after another quick pit stop to gas up at Area 51 I kept on driving. Like I've said before, if the GPS says it's going to take 4 hours, it will usually take me 8! 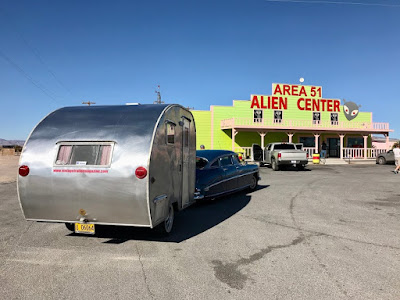 I pulled into Las Vegas right on sunset. Perfect! I was on a mission to tick yet another item off my bucket list. Even though I had been to Vegas quite a few times before, I had never actually visited the one thing that epitomized Vegas to me more than any of the swanky new hotels on the strip; the iconic Welcome to Las Vegas sign that I have a small version of inside my trailer. The cop directing traffic into the limited parking area at the sign said "There's no way you're taking that thing in there!" but suggested I park across the road at the Harley Davidson store. 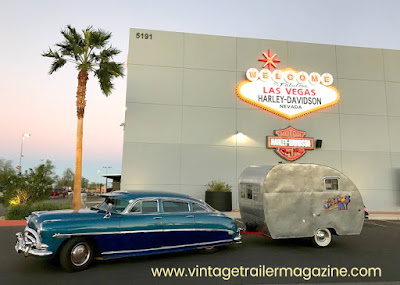 It had only been the week before that the awful mass shooting had occurred at the nearby Mandalay Bay and tributes to the victims surrounded the base of the sign with a row of crosses for each of the victims creating a sombre and quite eerie reminder of that sad event. 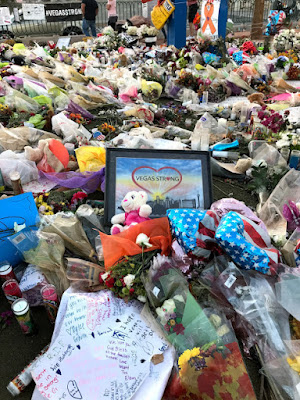 As the sun slowly set into the sky and the pale pinks and orange hues faded into the darkening blue sky, I was eager to wait around until the lights of the sign would be turned on and asked the guy whose job it was to take photos with your own camera for you what time the lights would be coming on. "Hang on a second", he said.
I waited patiently as he took a young couple's photo for them and wondered why he wasn't capable of answering a simple question and taking a photos at the same time. Maybe is is true what they say about men not being able to multi-task. Little did I know what a special treat was in store for me...
As soon as he was done he said: "Come with me". I followed him around to the back of the sign where he directed me to step very carefully through the pile of flowers, cards and balloons to the pole holding up the sign. "See that box?", he said. "Lift up that flap and see that big switch? Well switch it on". "Oh my God! Are you for real?" I literally squealed. He was.
I  GOT TO TURN ON THE LAS VEGAS SIGN LIGHTS!
Seriously the coolest thing ever and the total highlight of what had already been a totally cool day! 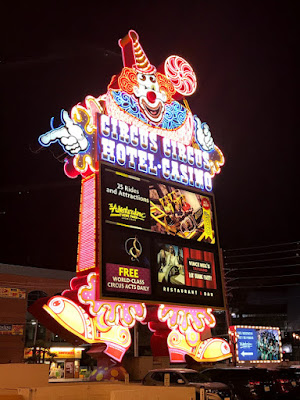 After that I hightailed it out of there so I could check into the RV Park at my other favorite Vegas icon: Circus Circus and get set up before it got too dark. At $39 a night and within walking distance of the strip, it's a great spot for an overnighter. 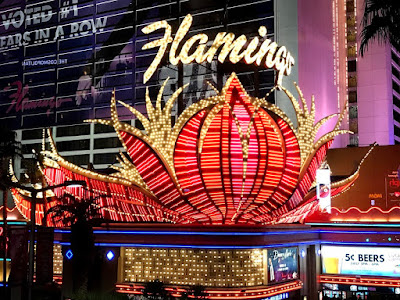 After a shower and a change into something prettier than my travel wear of jeans and flannel shirt, I hit up the strip to get myself a decent meal and to check out all the neon and the manic crazy fake everything that is the new Las Vegas strip (as opposed to the old strip on Freemont Street that I remember from when I was a kid. Yep, I'm that old!) 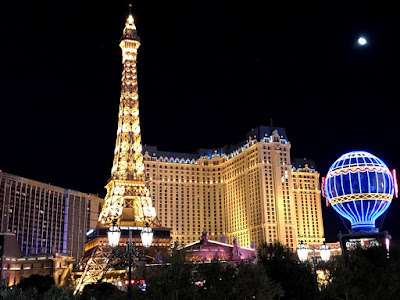 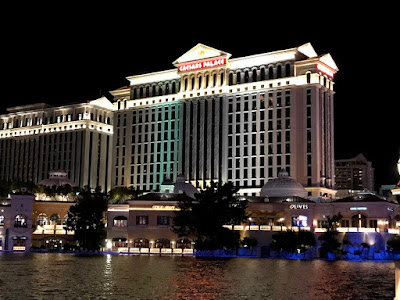 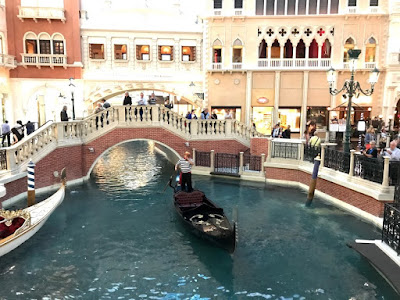 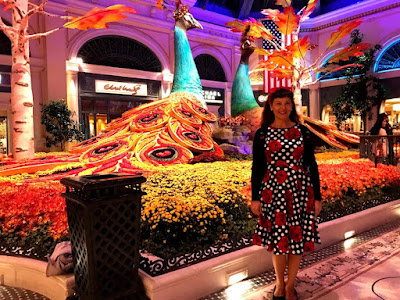 The Autumn-themed botanical gardens inside the Bellagio

Having walked about as much as I could, I finished off the night watching last dance of the fountains of Bellagio at midnight before heading back to the trailer tired and happy (and still not married!) 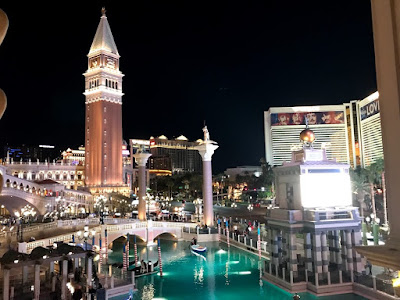 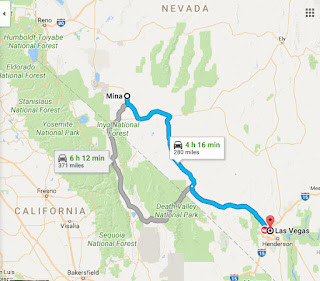