New additions to the VCM family

Two new additions recently joined the Vintage Caravan Magazine stable.  Both in need of restoration, I thought I'd introduce them here so you can see the "before" shots!


Firstly let me introduce the as yet un-named 1963 Sunliner: 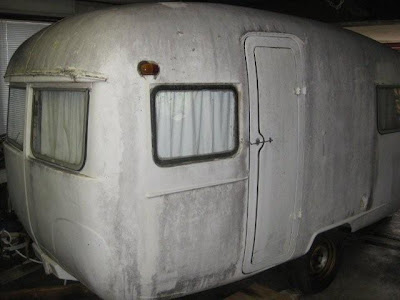 She is about to undergo a complete chassis and drawbar rebuild as she had quite a bit of rust underneath and the tow coupling had been completely cut off. I'm still brain-storming on ideas for colours and styles for her, I think it will come to me when we get to spend a bit more time with her... 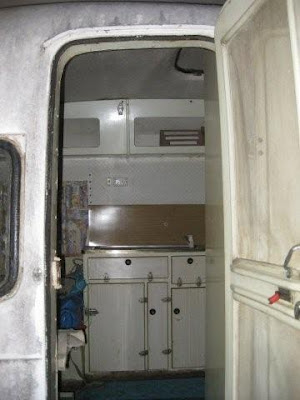 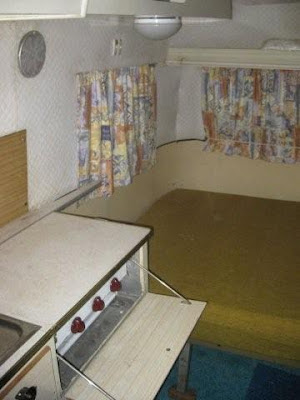 Love the cool quilted ceiling - reminds me of the inside of those old prams!


Then there's Rosie, we picked this little cutie up from the Salvation Army in Reno 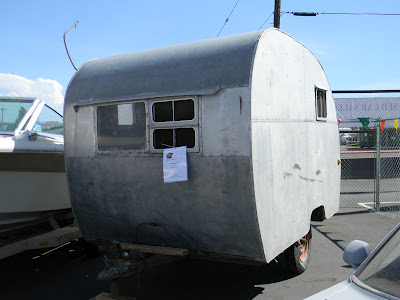 Can you believe it? They sell cars there! It was sitting in the lot across the road from the Hot August Nights swap meet and as we left, I spotted her instantly.  Initially I just wanted to get a photo of her, but she proved to be so irresistible that  I couldn't bear the thought of letting anyone else get her. So now we have a Reno baby as well! 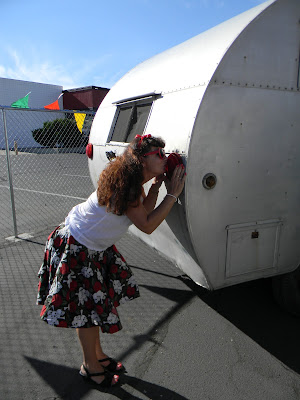 She had been towed in that morning but her tyres were very perished and cracked, so we put some brand new tyres and wheels on her, drove her down to the DMV to get her inspected and walked out with brand new Nevada plates to put on her.
Rosie is a 1949 Crown trailer made expressly for Al Rose the Trailer King (according to her her ID badge near the door)
These types of aluminium caravans (or trailers as they call them in the U.S.) are commonly known as "Canned Hams" due to their rounded shape. Rosie is 12-foot long and surprisingly roomy and high inside. 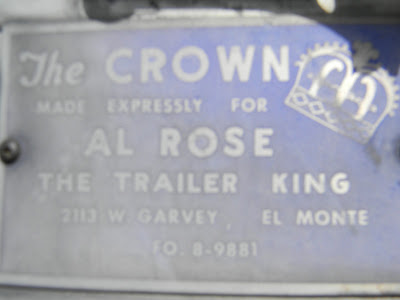 She's a bit shabby inside and has some water damage to the interior walls, so a lot of them will need to be replaced, but we're lucky that all the internal fittings and fixtures are still there, so it shouldn't be too hard to fix her up again. 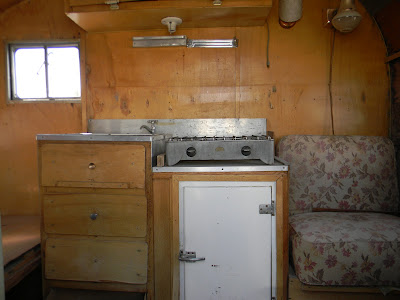 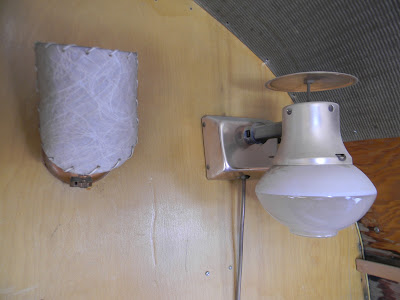 She even has all her original light fittings, very retro cool!

And look what we found inside! 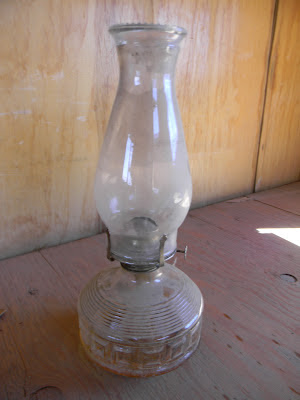 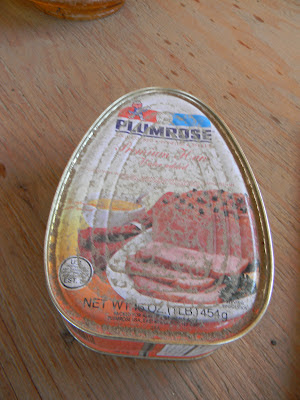 And a canned ham! Really!