In search of Mary Poppins

I came back to Australia in December to a broken down Cresta with no engine in it, and my pink caravan Betty stuck in a shed out in Leyburn, three hours west of Brisbane. To top it all off I was, much like the Cresta, very, very sick. 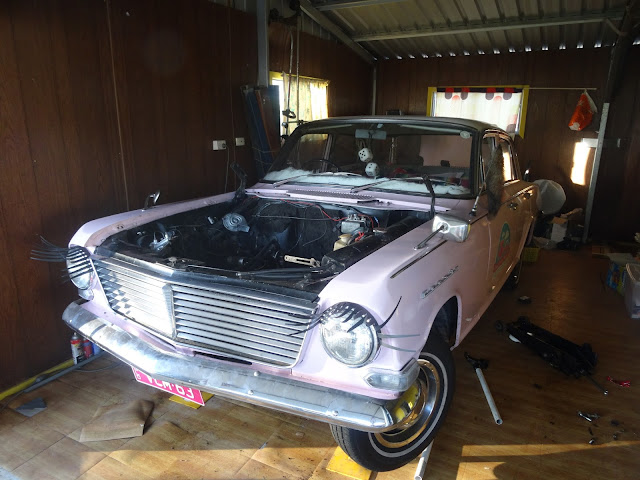 All of my furniture had been packed into a shipping container when I left my house in Maleny last February. It was weird coming home to no home, and even more frustrating having no car.

My main priority in coming back to Australia had been to spend Christmas with my kids and to try and get my health issues sorted. Medicare is a wonderful thing when you have a chronic illness. 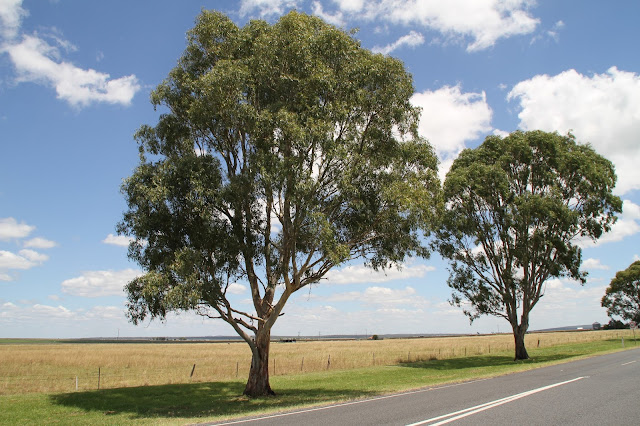 After my Route 66 trip ended in Ventura in June last year, I had noticed when I got up the next morning that I had severe pain in both of my feet and my hands. I assumed it was some kind of strain from the big drive. I could barely walk to the bathroom and as I shuffled along, with every step feeling as though I was walking on shards of broken glass, people asked me what was wrong.
“I think I have Hudson Pedalitis”, I replied jokingly. I never for a moment suspected it was anything bad. 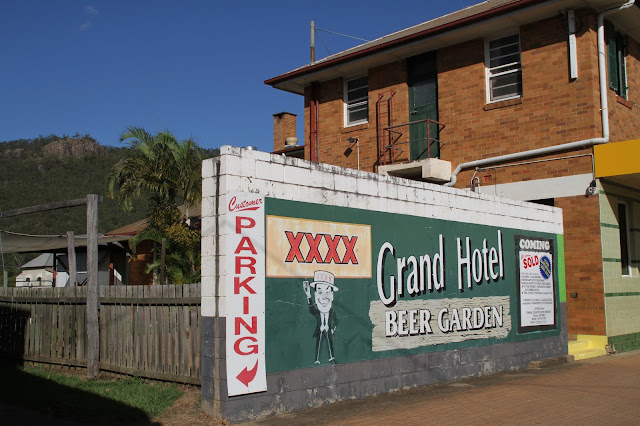 But the pain got worse and worse. And then it started moving around my body. A week later I awoke shrieking in pain as a sensation that I could only describe as like having a blunt drill bit boring into the bones in my feet. The slightest touch caused unbearable pain and even the weight of the blankets was more than I could stand. 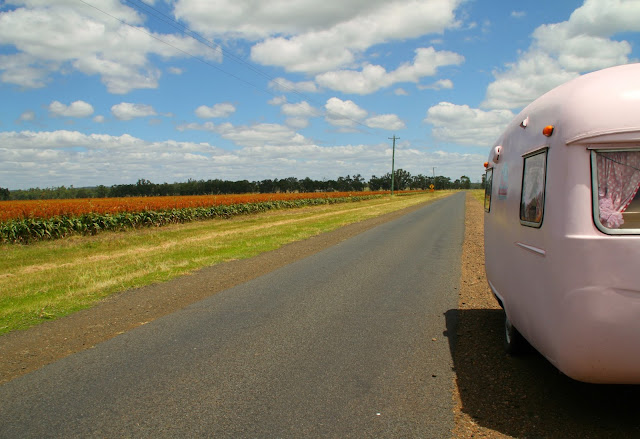 The pain then moved into my shoulders and arms. I found it hard to dress myself and didn’t even have enough strength to pull the sheets up when I slept. My fingers started swelling and bending in strange angles and within weeks I became so crippled that I couldn't stand at all and needed help to get to the toilet. At one point I even needed a wheelchair to get around.
Something was seriously wrong. 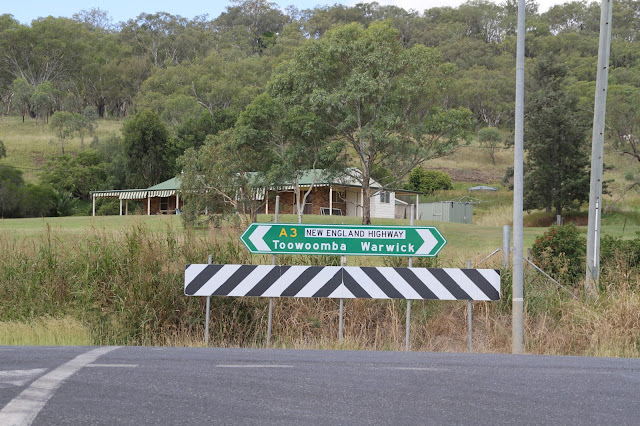 After about a month I realized that this was not just muscle strain. I ended up at a Critical Care Clinic and they ran some blood tests and I was quickly referred to a rheumatologist.
“You have Rheumatoid Arthritis”, he said, and I burst into tears. My Rheumatoid Factor was 267, which he told me indicated the more severe form of seropositive RA. He also said mine was obviously a particularly aggressive case because of the sudden onset and debilitating effects it was having on me already. 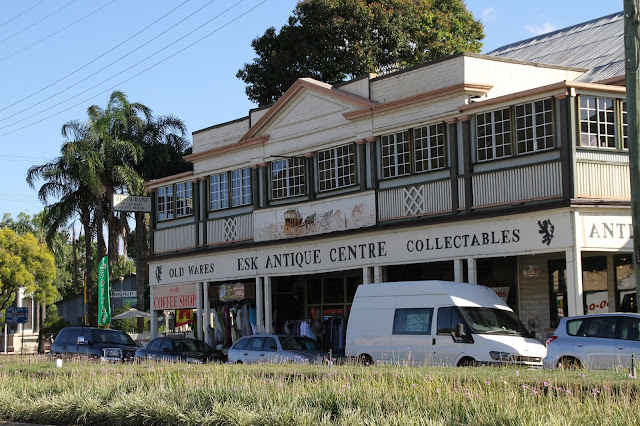 Having been told by the clinic that RA was suspected, I had looked it up, and nothing I had read about it instilled much confidence in me. The prognosis was not good and I could find no evidence anywhere of anyone ever having cured it.
“Are you sure?” I asked.
“Yes”, he said. “Your blood tests are off the charts high, there is no doubt you have RA. But the good news is that at least you don’t have Lupus”.  I think that was his attempt at humour. 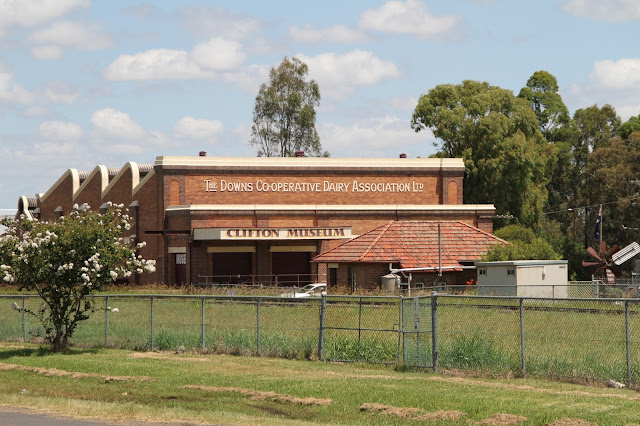 So I feel this need now, one year later, to tell my RA story and how it has affected me. RA shattered my confidence. I have always been a fit and health-conscious person. I eat healthy food, preferably organic when I can, and enjoyed exercise and going to the gym. I rowed an hour a day and used to climb cliffs and dance for hours. 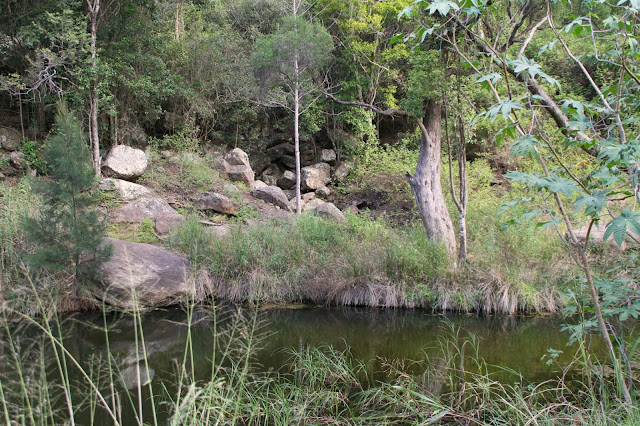 I had always believed that if I looked after myself, and treated my body with respect, that I would be healthy. I felt my body had betrayed me. During the past twelve months I have navigated my way through the five stages of grief as I adjusted to the fact that the bouncy, bubbly, energetic, capable and proudly independent person I had always defined myself as being, was gone. What was left was a tired, sore, sad and frustrated person who needed help to do the most basic of tasks. 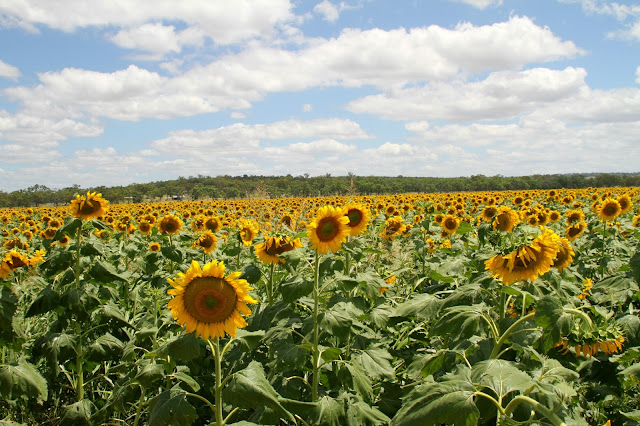 So what had I done wrong? It’s hard not to assume that when a savage disease like this hits you. I looked for answers everywhere, and desperately hoped for a natural solution. I went on a super restrictive ant-inflammatory alkalizing diet and hoped I could get by without taking the drugs I had been prescribed: Prednisone and a highly toxic chemotherapy drug called Methotrexate. 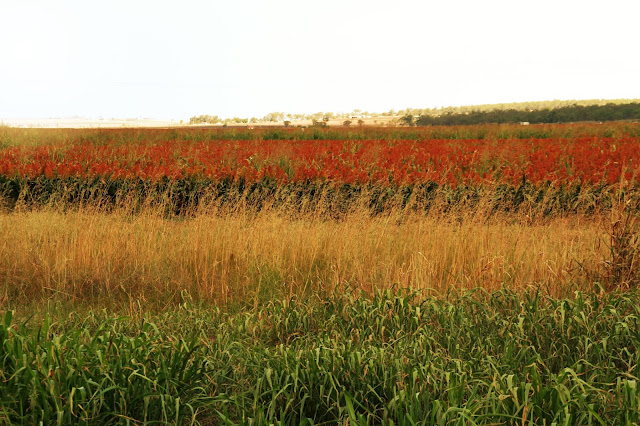 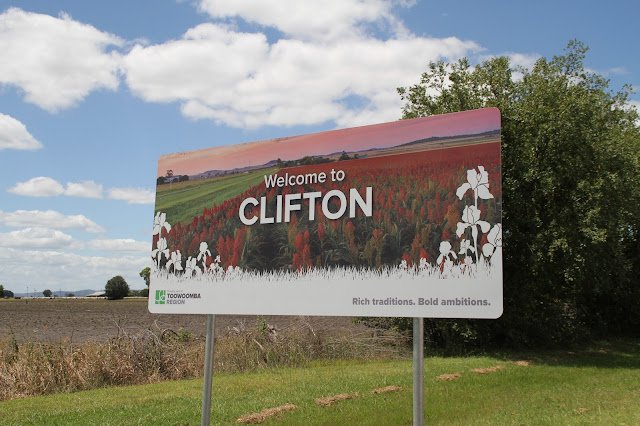 Anyway, long story short, it takes the specialists a very long time to get the treatments right.  They try the cheapest drugs on you first, watch as you continue to suffer in unbearable pain and immobility before trying the next (more expensive and more effective) drugs. 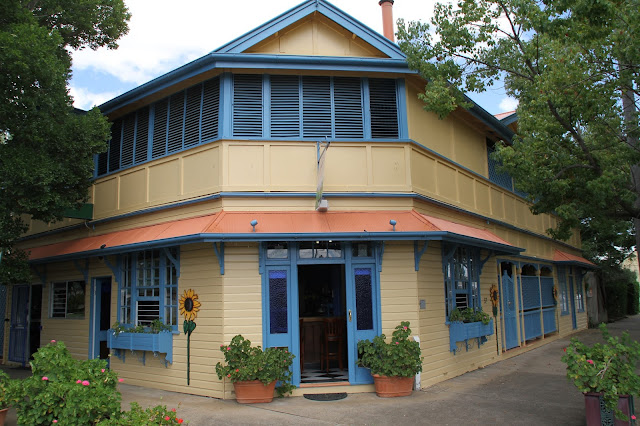 I am now on the third tier of this process.  I am not sure if it is the new drugs, the restricted diet, the six months off work I have had under doctors orders (during which I slept a lot - sometimes up to fourteen hours a day!) or the Bikram yoga classes I have been taking five nights a week for the past month, but I am feeling 1000% better. I can walk normally again and my strength is slowly returning.  I accept my limitations and have learned to adjust to life with RA. I still have slight pain if I exert myself too much, but compared to what it was, I feel great! I trust in my body's innate ability to regenerate and heal. I have regained my mojo and now have a renewed sense of purpose and zest for life and a deeper appreciation than ever for noticing and treasuring the good things in my life.
Never take what you have for granted. Life can change in an instant. 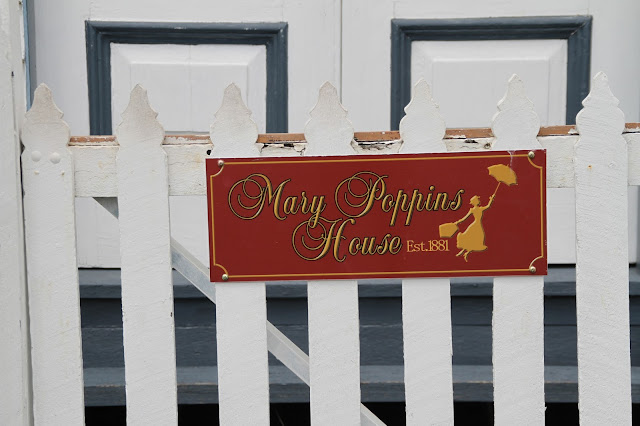 So, back to Mary Poppins…
I managed to borrow a car and relocate my caravan from out west back to the showgrounds at Maleny where I planned to camp a while until I knew what to do next. Not being in any particular rush, I decided to turn the journey into a bit of a historical treasure hunt.  The roads between the Darling Downs and Maleny take you through some absolutely stunning parts of the countryside. I like to take the little back road just past Gatton that skirts around the Toowoomba range and and winds along Ma Ma Creek with its caravan-friendly speed limit of 40kph and stunning rock cliffs. 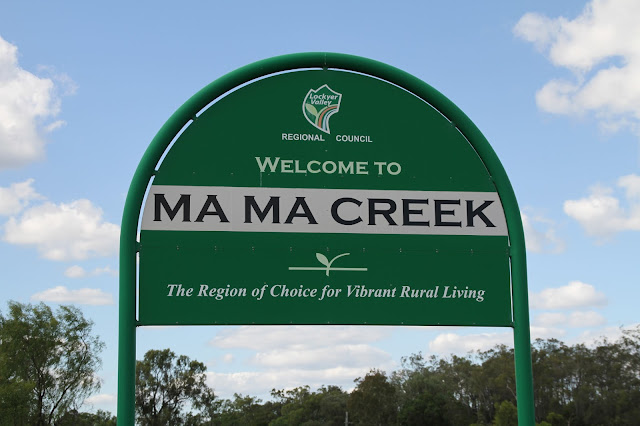 I always make sure I stop in the charming picturesque stuck-in-time country towns like Clifton, Esk and Kilcoy that are filled with historic old buildings that I love so much to grab a bite to eat or a drink and check out the local shops to do my small bit to help the economies of these places. 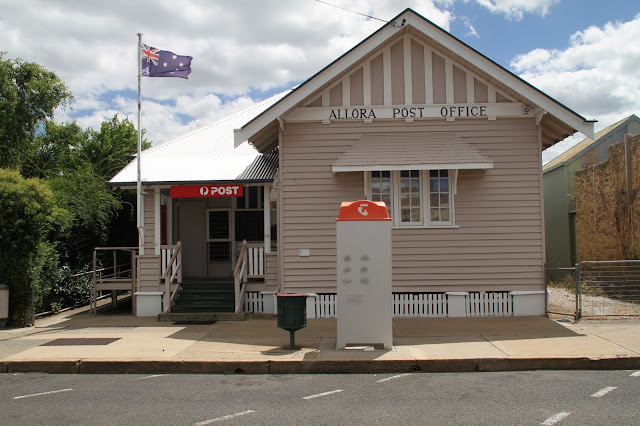 The last leg of the journey takes me from Woodford upwards to the Blackall  Ranges where rolling green hills give glimpses through the mist to those “now I am home” Glasshouse Mountains.

There’s something about that view that never fails to take my breath away. The sight of it always inspires me to start me singing the Carpenters: “I’m on the top of the world, looking down on creation…” at the top of my lungs. 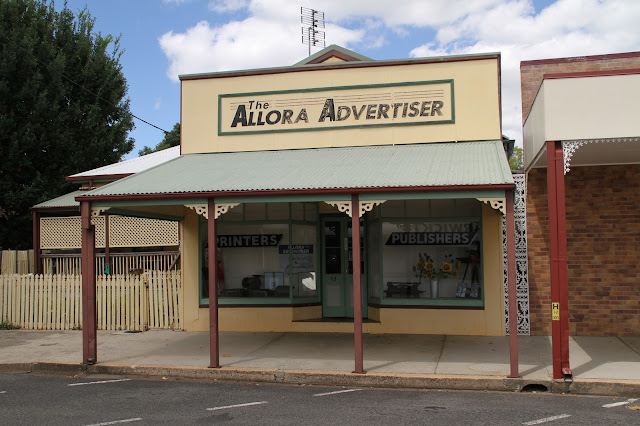 I had recently watched a movie on TV called Saving Mr. Banks about the difficult relationship Walt Disney had with the author of Mary Poppins producing the film version of her semi-autobiographical story. In the flashbacks to her life, there was a scene when she attended a country fair with her parents as a child and I saw the banner “Allora Country Fair” in the background. 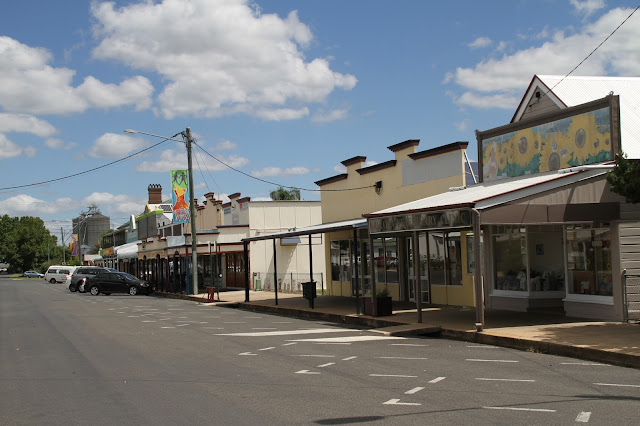 I knew there was an Allora in Queensland and that it was not far from Leyburn, so I assumed our Allora must have been named after an English one. Then I heard the Australian accents and realized it was actually set in Queensland! 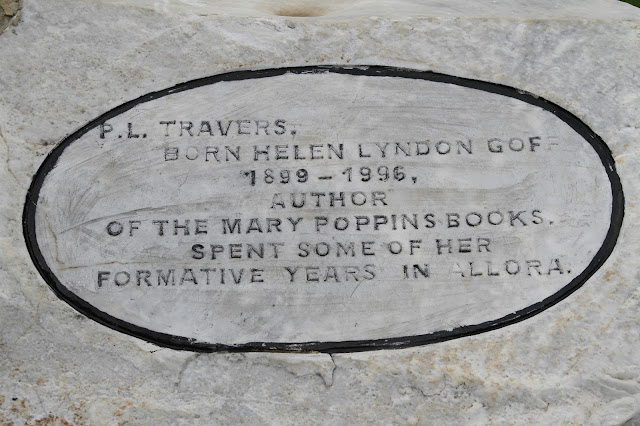 That was it. I was a woman on a mission. I was going to go to Allora and find Mary Poppins house. Setting off from Leyburn, I made sure I really took my time and made a real road trip adventure out of it. There’s something about country Queensland that has always really appealed to me. Especially after having spent so long in America, it just all felt so very typically Australian - like home. 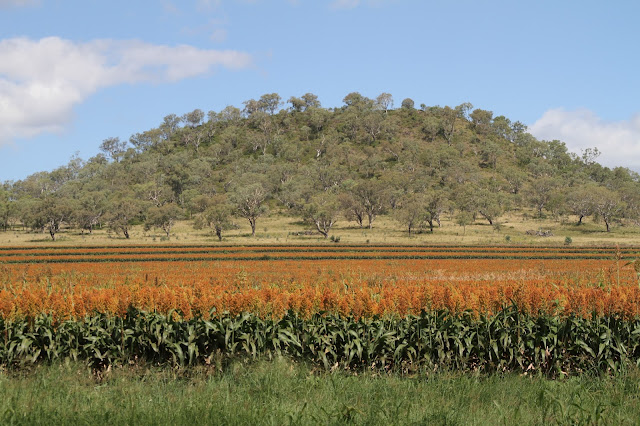 The gum trees lining the roads, the paddocks filled with long, dry grass that swayed in the wind. The historic old buildings of the small towns that dot the vast open spaces of not much else in between. 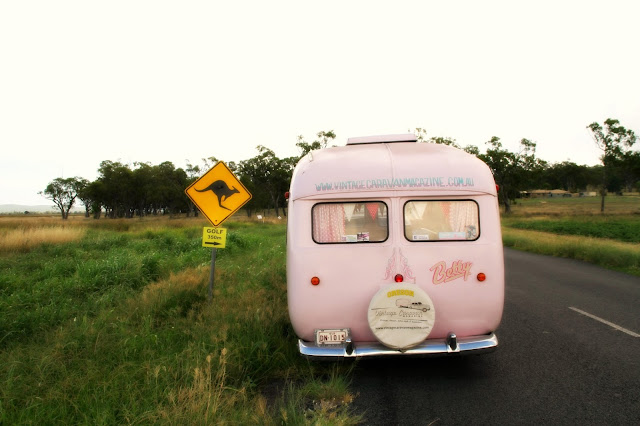 I love the sight of kangaroos nibbling the short fresh shoots of grass along the roadside ( you just have to slow down as they do tend to jump out in front of you unexpectedly!).  I love the way the sun seems to cast a unique sunbaked golden glow that I have only ever noticed when I am on the road in Australia. I passed through fields of blooming sunflowers and sorghum, stopping to take photos of every wondrous part of my journey. 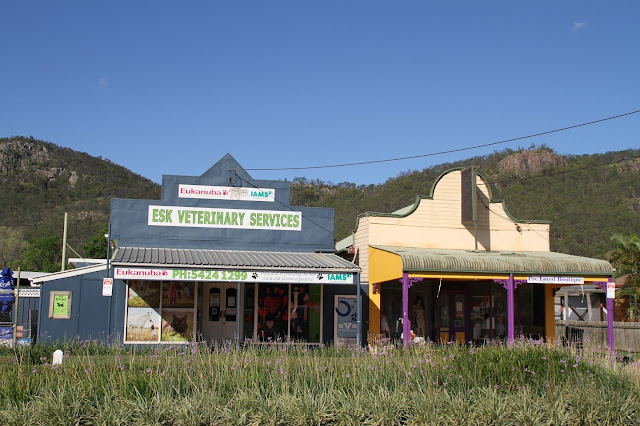 It felt good to be back in the land where I was born, to feel the red brown dirt under my feet, and have the scent of eucalyptus in my nostrils. I felt alive and free and in no rush to be anywhere. I took my time and savoured every moment, sight, smell and sensation.  It was bliss! I even bumped into my good friend Wirruunga with his rainbow coloured bus who had stopped for lunch at a rest area. He was also heading back to Maleny after a big trip way out west - small world! 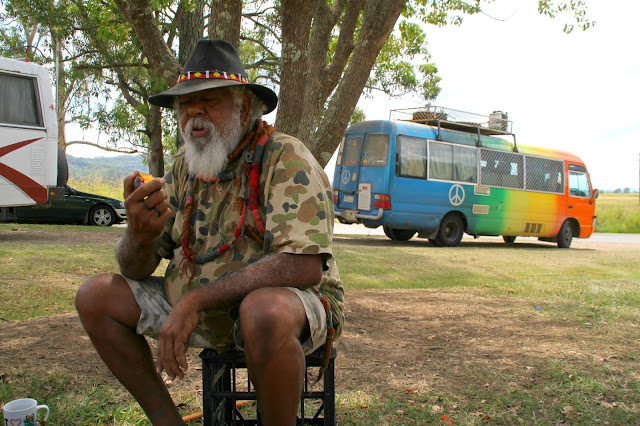 Pulling into Allora, I stopped at the petrol station to ask for directions to Mary Poppins House. Right at the end of the main street, past the quaint old shop fronts unchanged for over a hundred years, it sat. Just like it was in the movie. In fact, I later found out that the producers of the movie had consulted with the owners of the house to get every feature of the stately old Queenslander home to scale so that the one in the movie is an identical replica of the actual home that P.L Travers lived in back in early 1900’s. 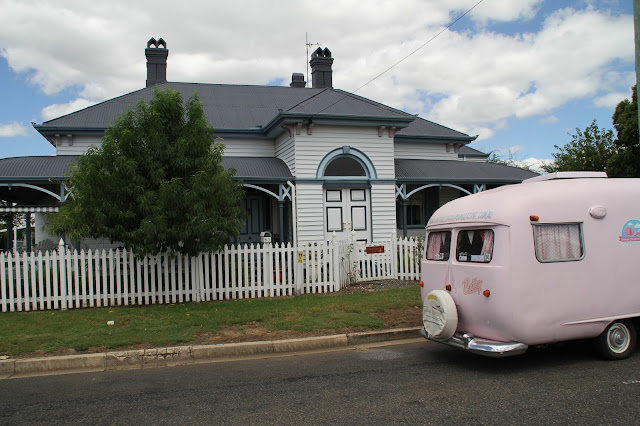 I parked Betty right outside the house and wandered around the little town a bit and then down to the nearby creek and as I did so I imagined the young Helen Goff, as she was known back then, sharing this same walk hand in hand with her beloved father.
I was amazed that I had never heard about this link to such a famous author, that after all these years living here, I had never known that such a famous writer had been born and raised right here in Queensland! 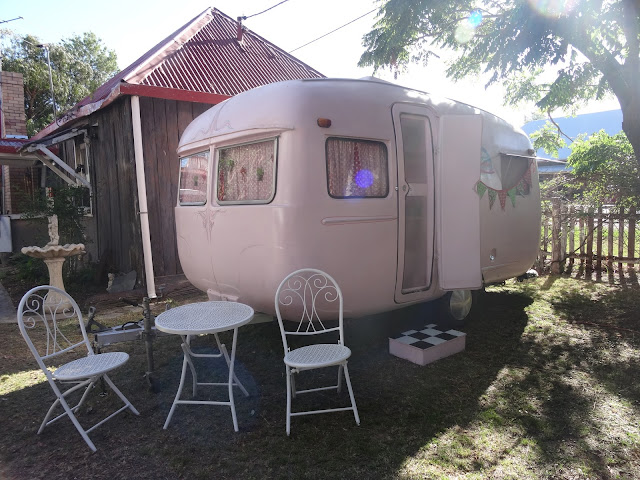 Life is full of surprises and sometimes it just takes a road trip to discover them! 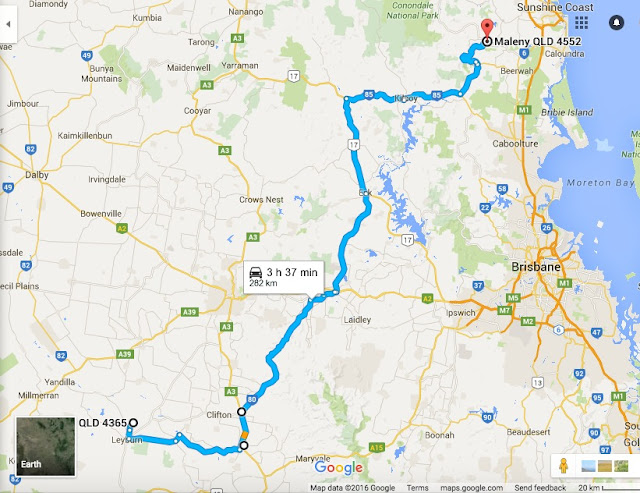 PS: Vintage Caravan Magazine Issue 28 is currently being printed and will be on sale on the 30th June. Order your copies now at: www.vintagecaravanmagazine.com