Rosie is a cute little 1949 Crown "canned ham" caravan that we found for sale in the yard of a Salvation Army thrift store across the road from the Hot August Nights Swap Meet two years ago. I wrote all about her in a previous entry and you can read all about it HERE 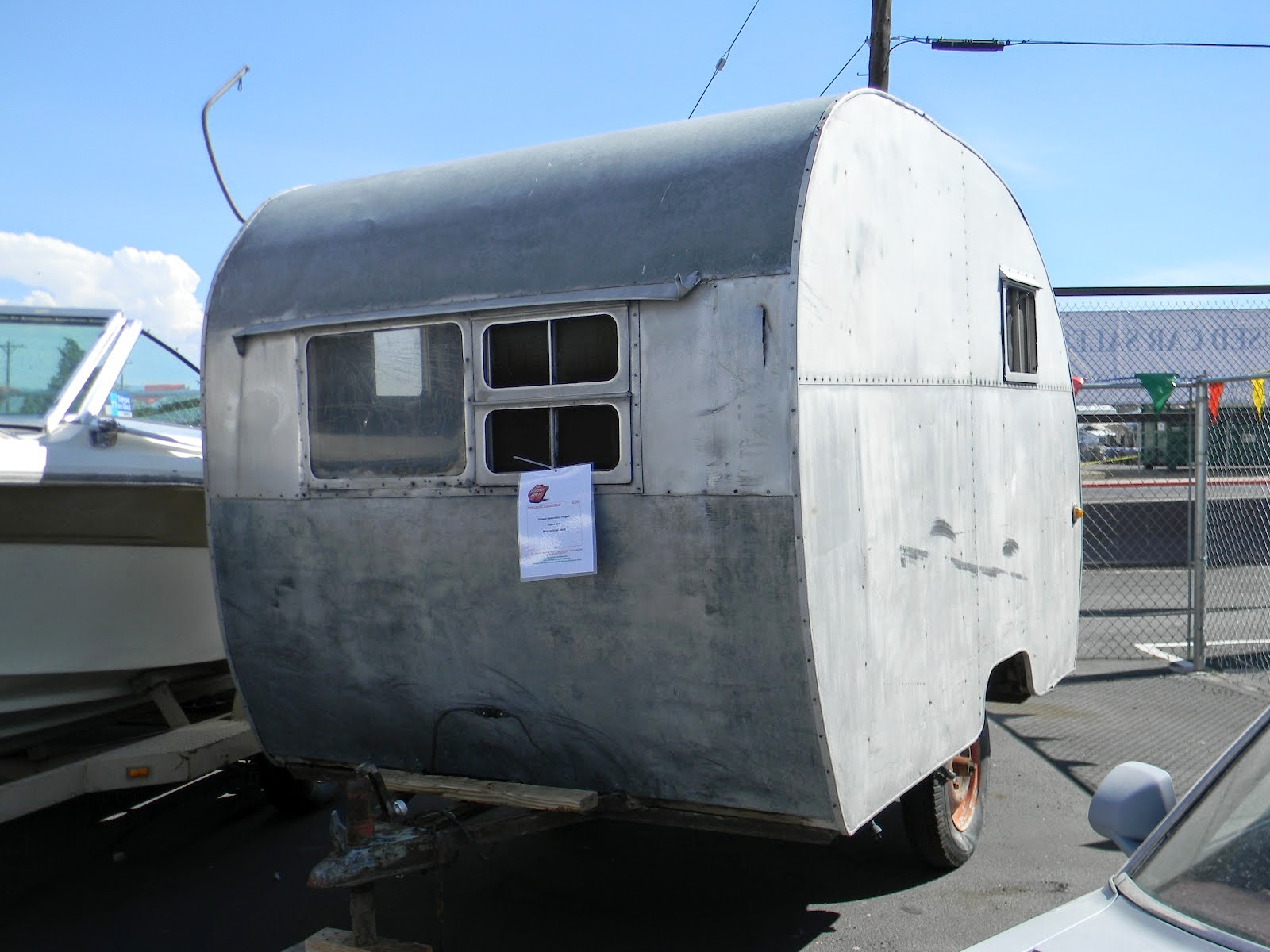 After having spent the last two years locked up in a shed in Oregon, the time has finally come to give her the make over she deserves.
Her old axle and bearings were pretty crappy and it had a 5 by 5.5 stud pattern that limited our options somewhat, so once she was rolled out of the shed, she was hoisted up onto stands and the temporary wheels we had put on her to transport her from Nevada to Oregon were removed. 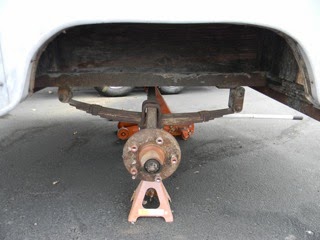 We ordered some shiny new chrome smoothies and Coker whitewall tyres and a brand new axle, hubs and bearings online and Noddy set to work replacing the old ones with the new ones in the car park of our hotel. Noddy had been quite confident that we could do the rest of the restoration work ourselves as we have now done up four  caravans together and they all came out AMAZING. The problem was that we both have very busy schedules and Rosie was going to be a big job.  She had suffered quite a bit more structural damage than we had at first noticed, and having been transported hundreds of miles with missing windows had made it worse. The once intact ceiling had been sucked out through the missing window in the door revealing some major rot in the supporting timbers and the side panel had come loose. After re-bracing her temporarily with some extra timber and boarding up all the missing windows to make her air tight again, we both agreed that it was time to call in the experts. 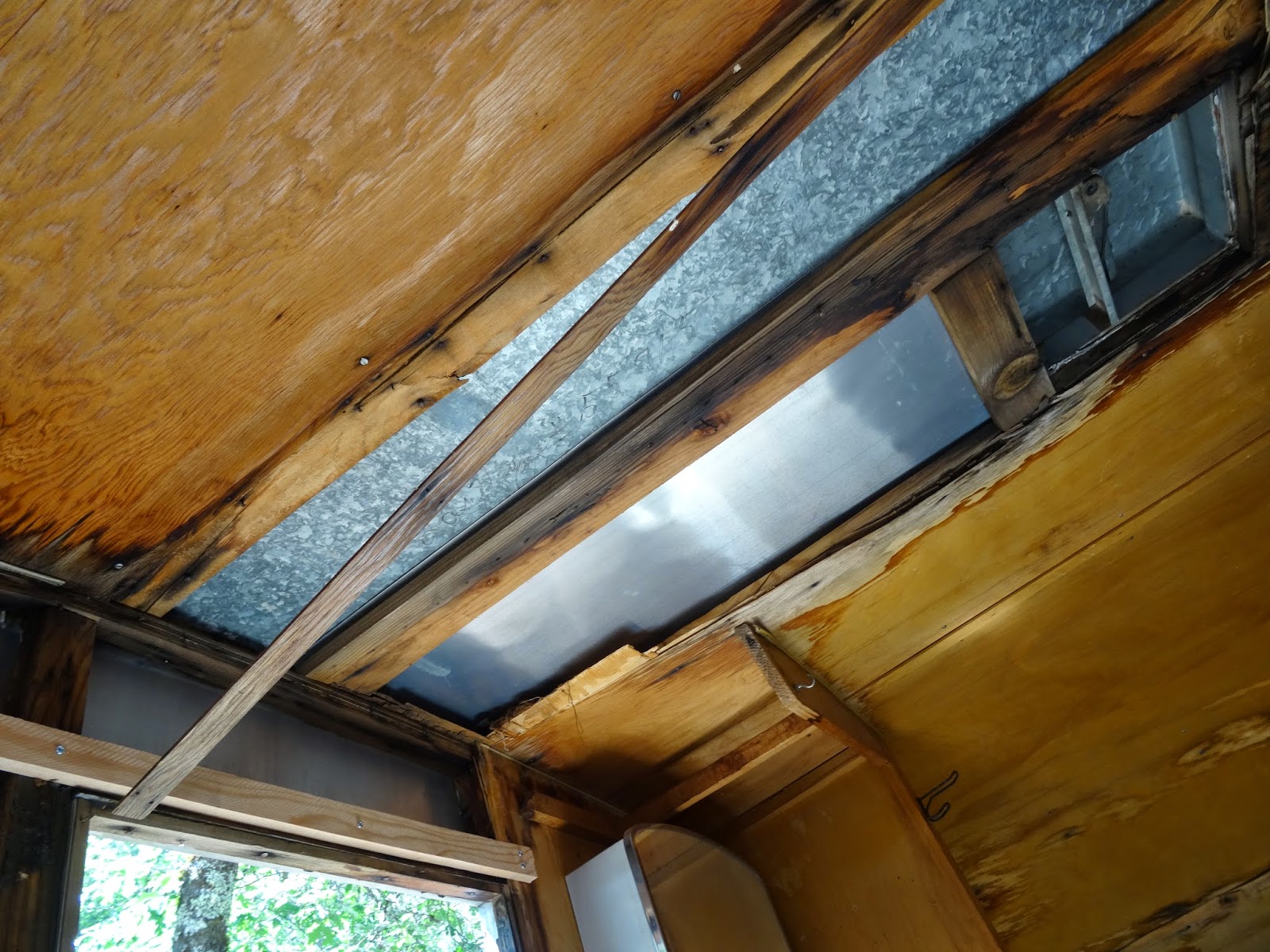 After having sussed out quite a few vintage trailer repair places around, we decided on Retroluxe Vintage Trailers in California. Firstly because I liked their cool name, secondly because in our email communications they had always been great to deal with. The third and main reason was that their prices seemed reasonable (as always, we work to a tight budget!) and the work that they had done that I had been watching on their Facebook page was impressive.  Feedback from their customers was always glowing and Scott had years of kitchen and cabinetry making experience under his belt that I thought would come in handy in repairing the extensive timber damage in both Rosie's structural framework as well as in her internal fixtures. Scott 'gets' the hot rod-yet-original kind of look I was wanting. It was great to be able to meet him, Wendy and co-worker Damon at Pismo a couple of weeks ago to talk about our plans to start work on Rosie. 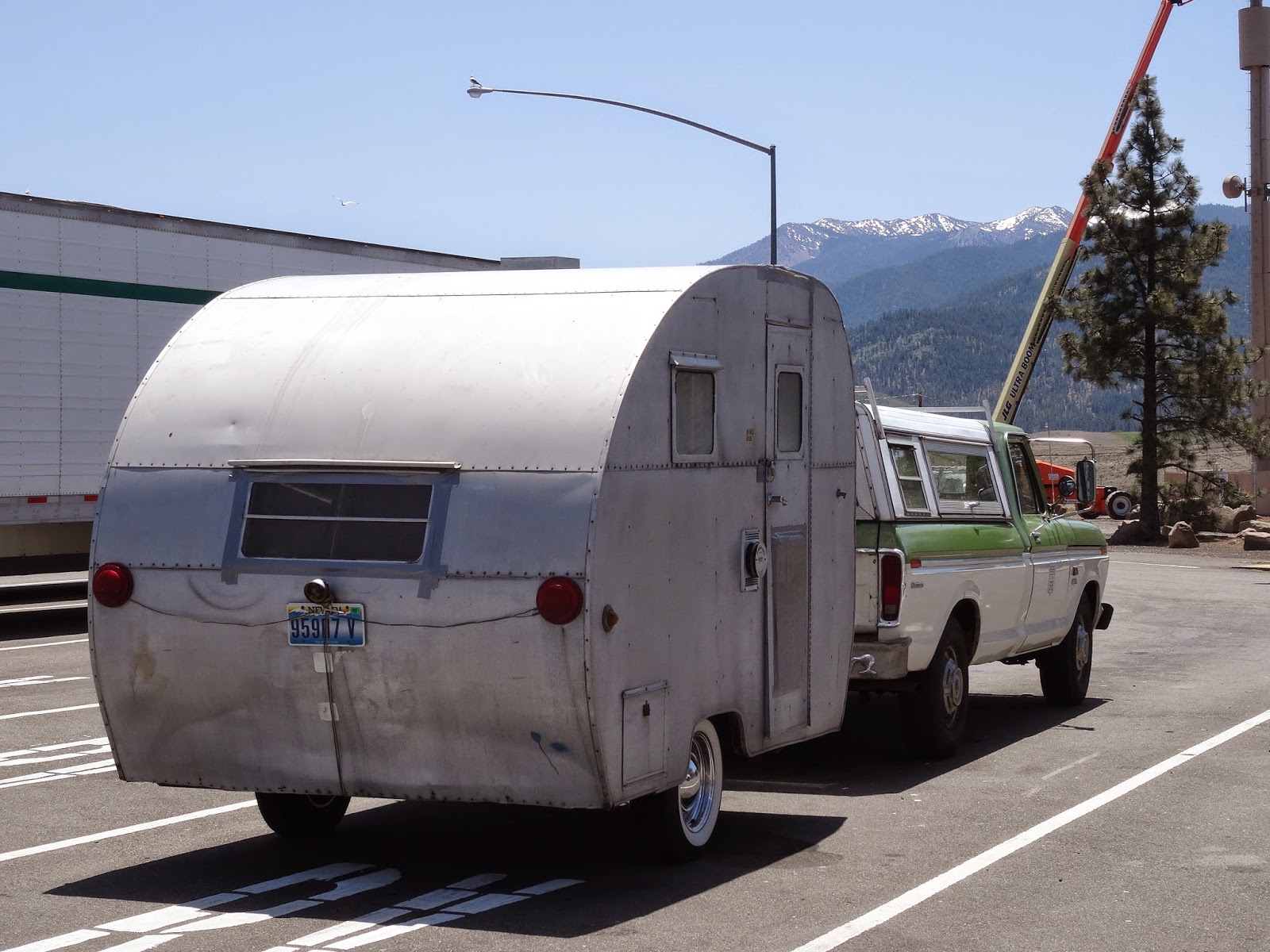 One week later we set off on the 8-hour drive from Oregon to Northern California with our 1975 Ford F250 truck and our new-shoed Rosie in tow... 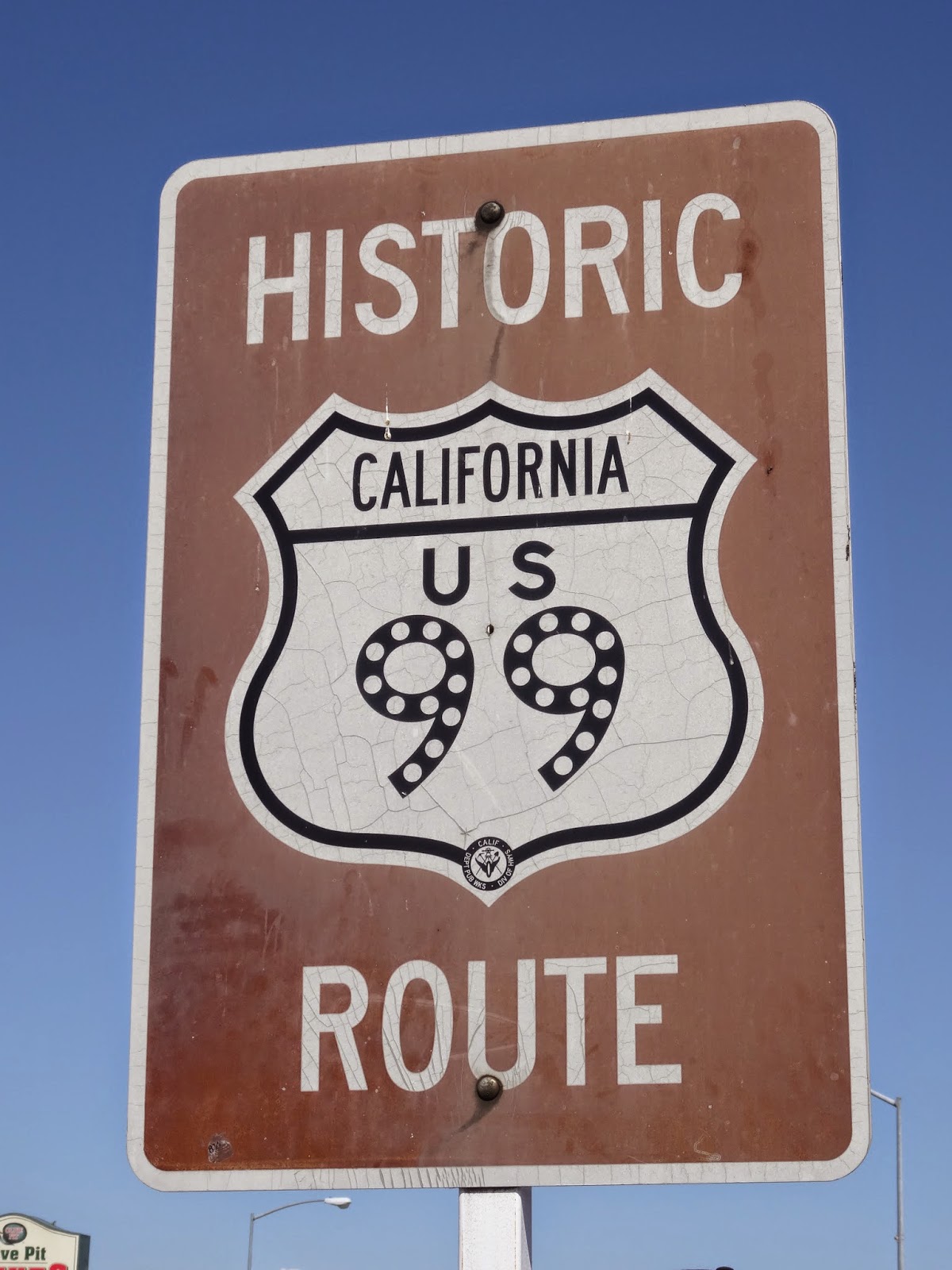 Once we crossed the border, we stopped for a break and a photo of Rosie with Mount Shasta - isn't she just the cutest? 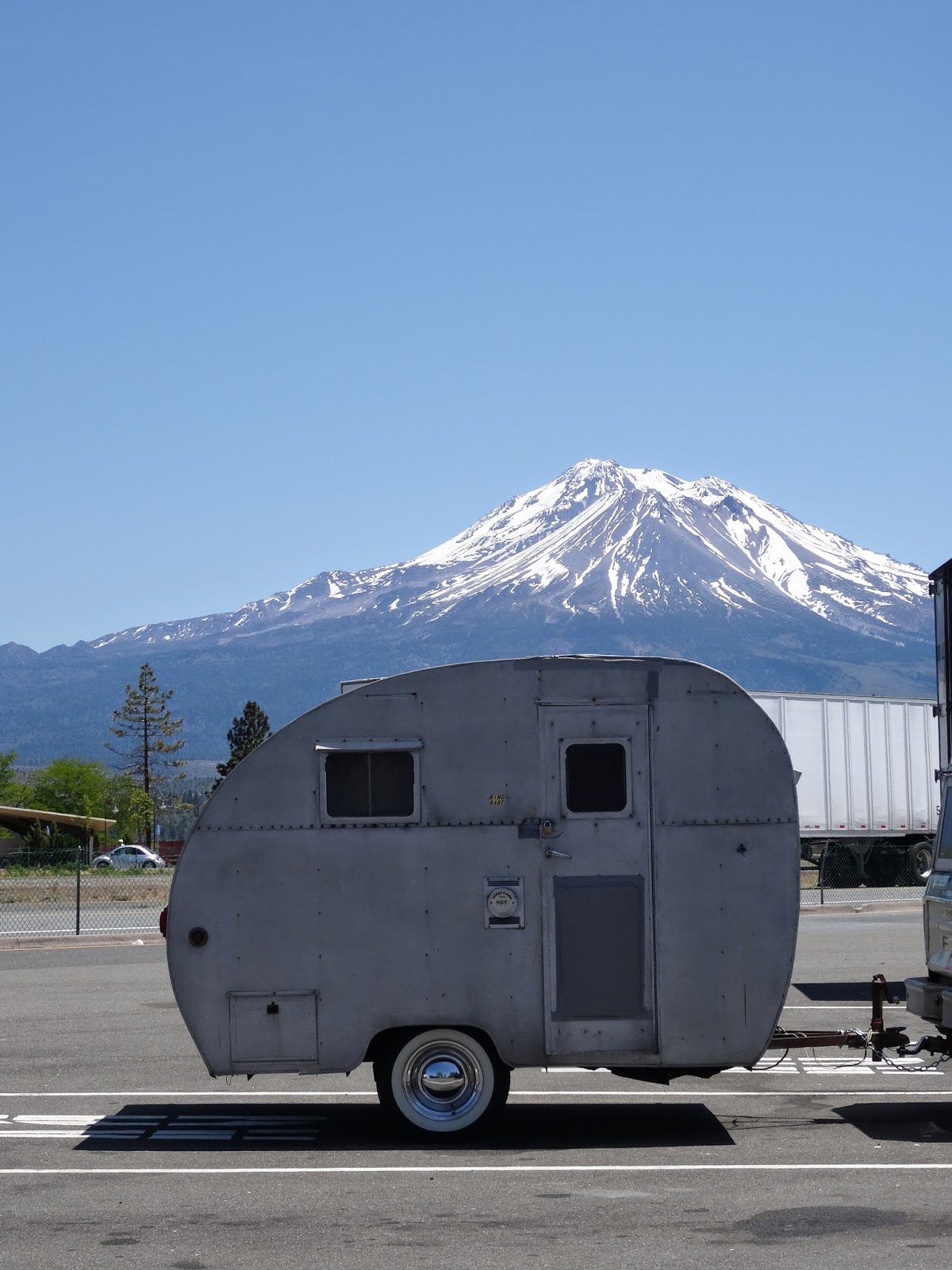 The next day we caught up with Scott and Wendy for breakfast at a local eatery and then spent a great day sightseeing around the area, antique shopping, checking out the great collection of second-hand caravan parts and retro wares at the Vintage Deluxe Travel Trailers Shop 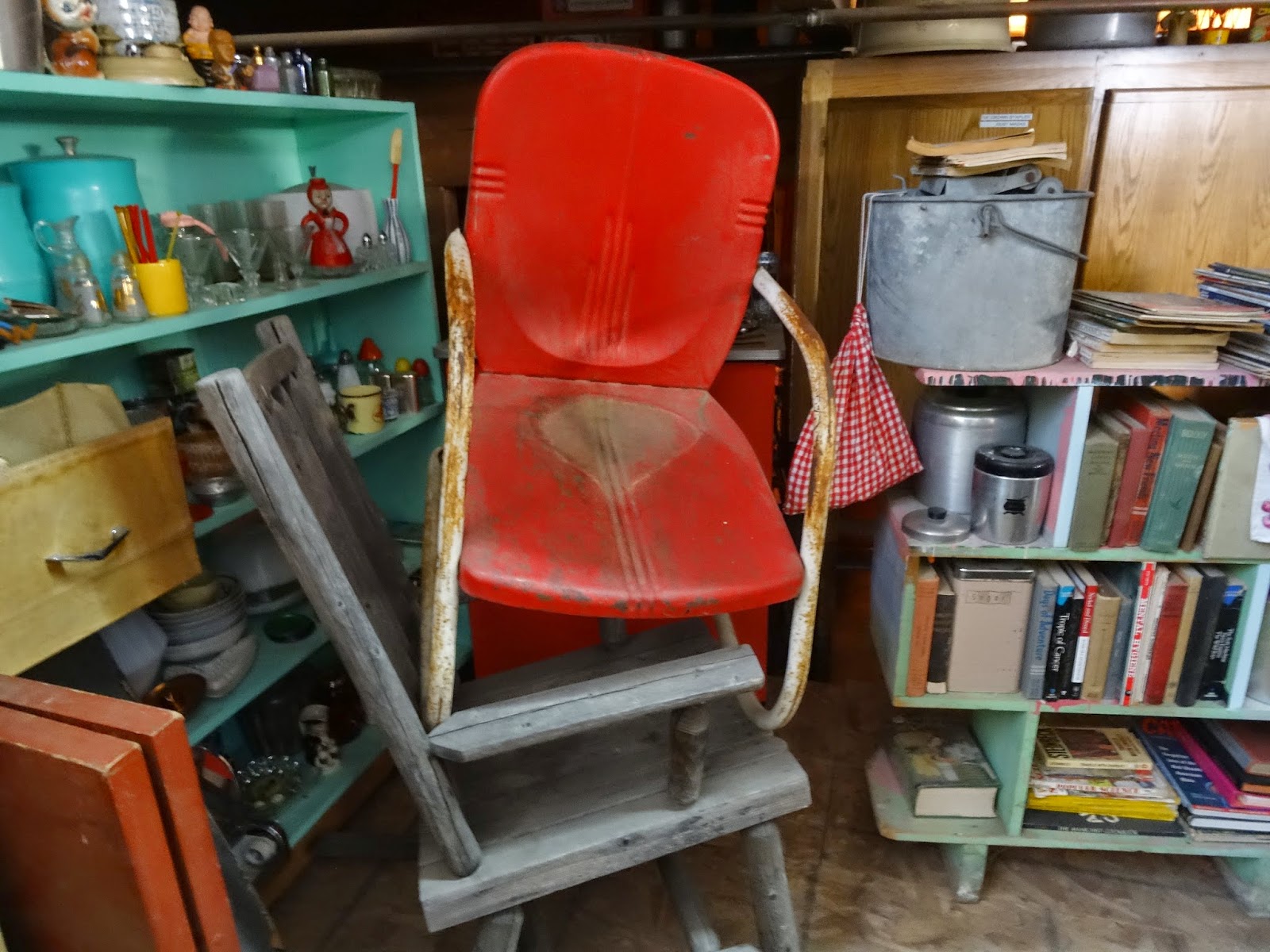 We even found this old US Military Airstream Bambi for sale on the side of the road.... very tempting! 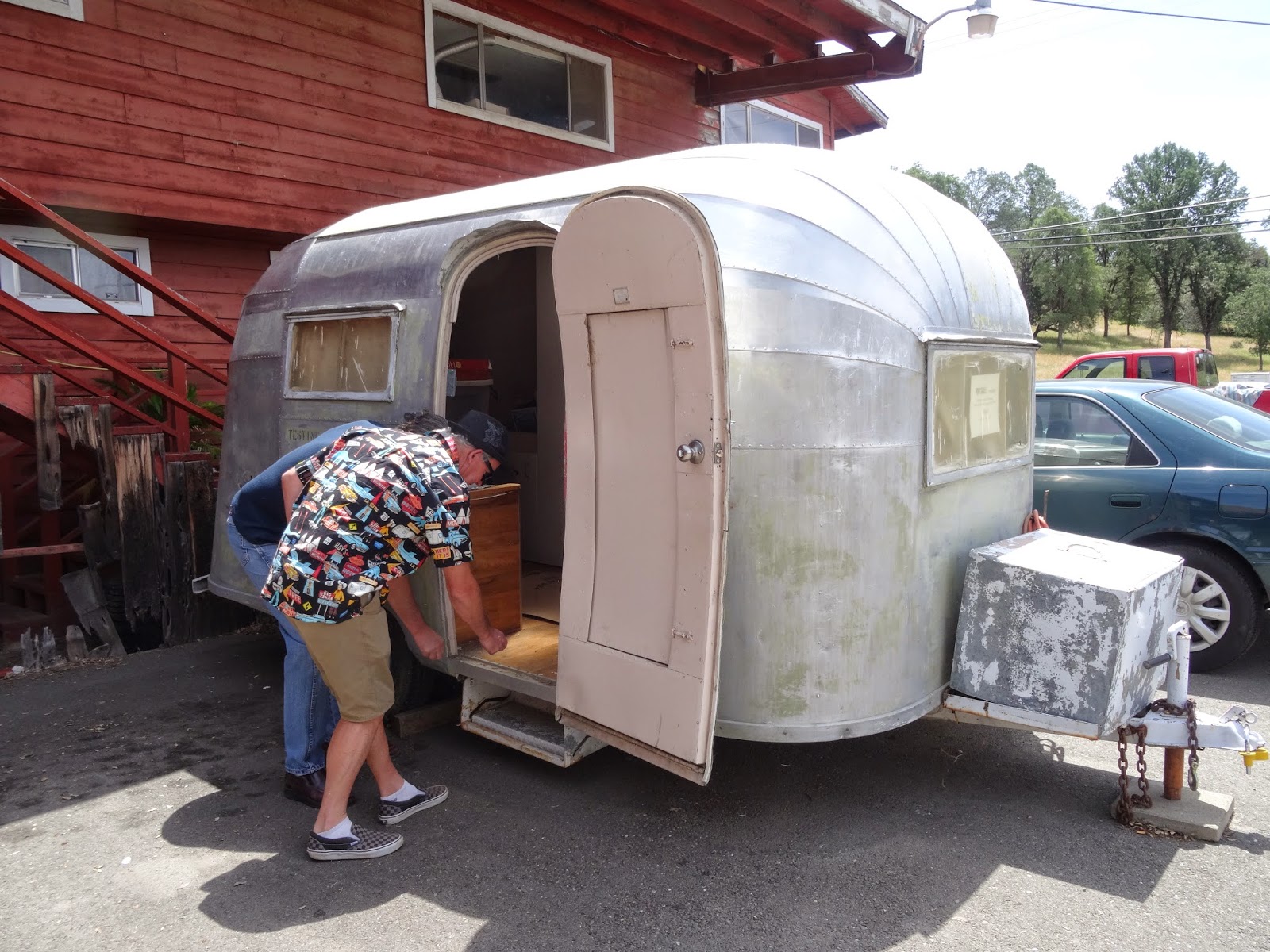 Later that afternoon we chilled out and brainstormed our ideas for Rosie over a glass or two or three of particularly scrummy wine on the deck of the Iverson Winery vineyard. 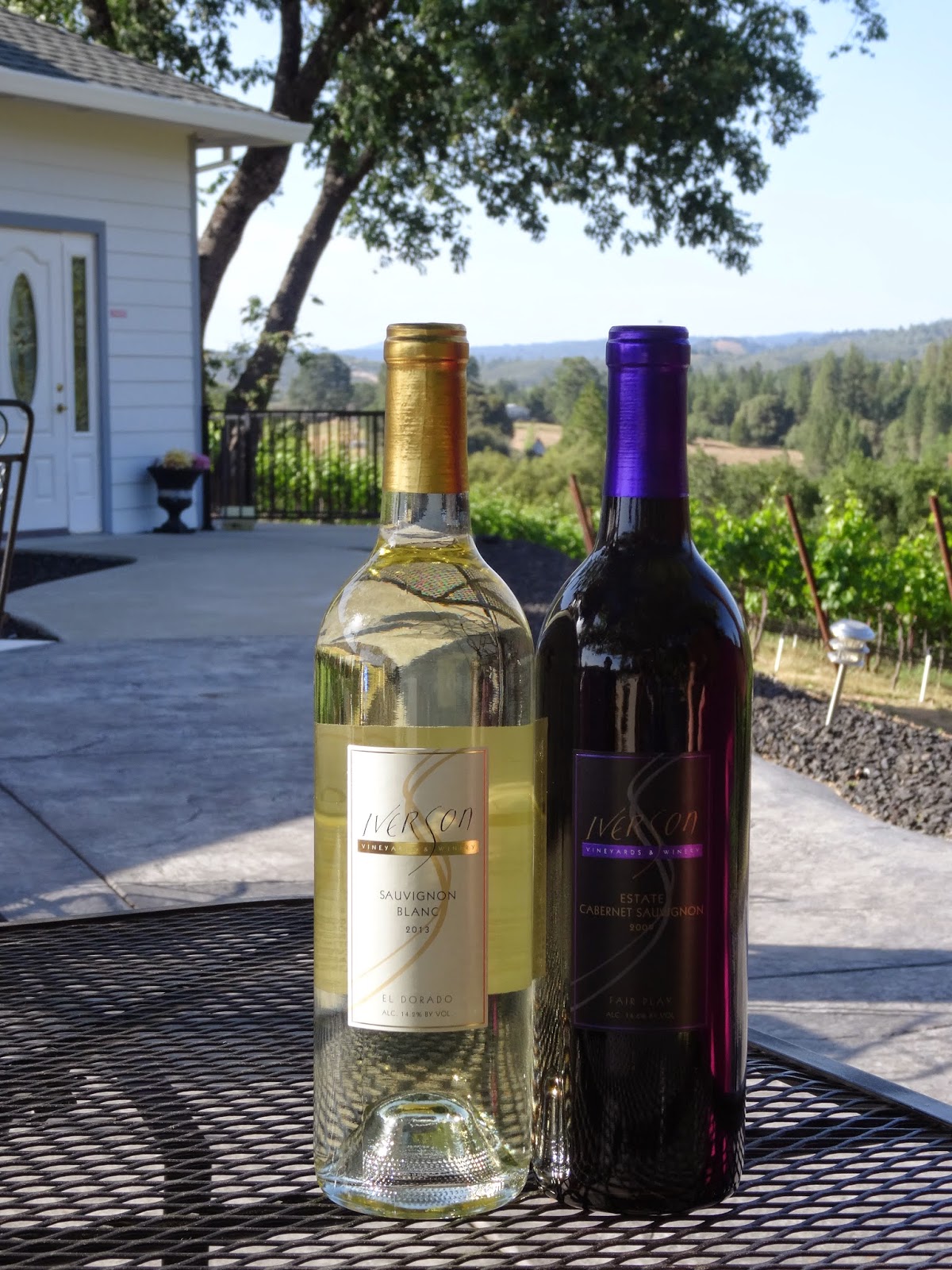 The next day Scott cast his expert eyes over our Rosie and we talked in depth about what we wanted to get done, what was required and how much it would all cost. 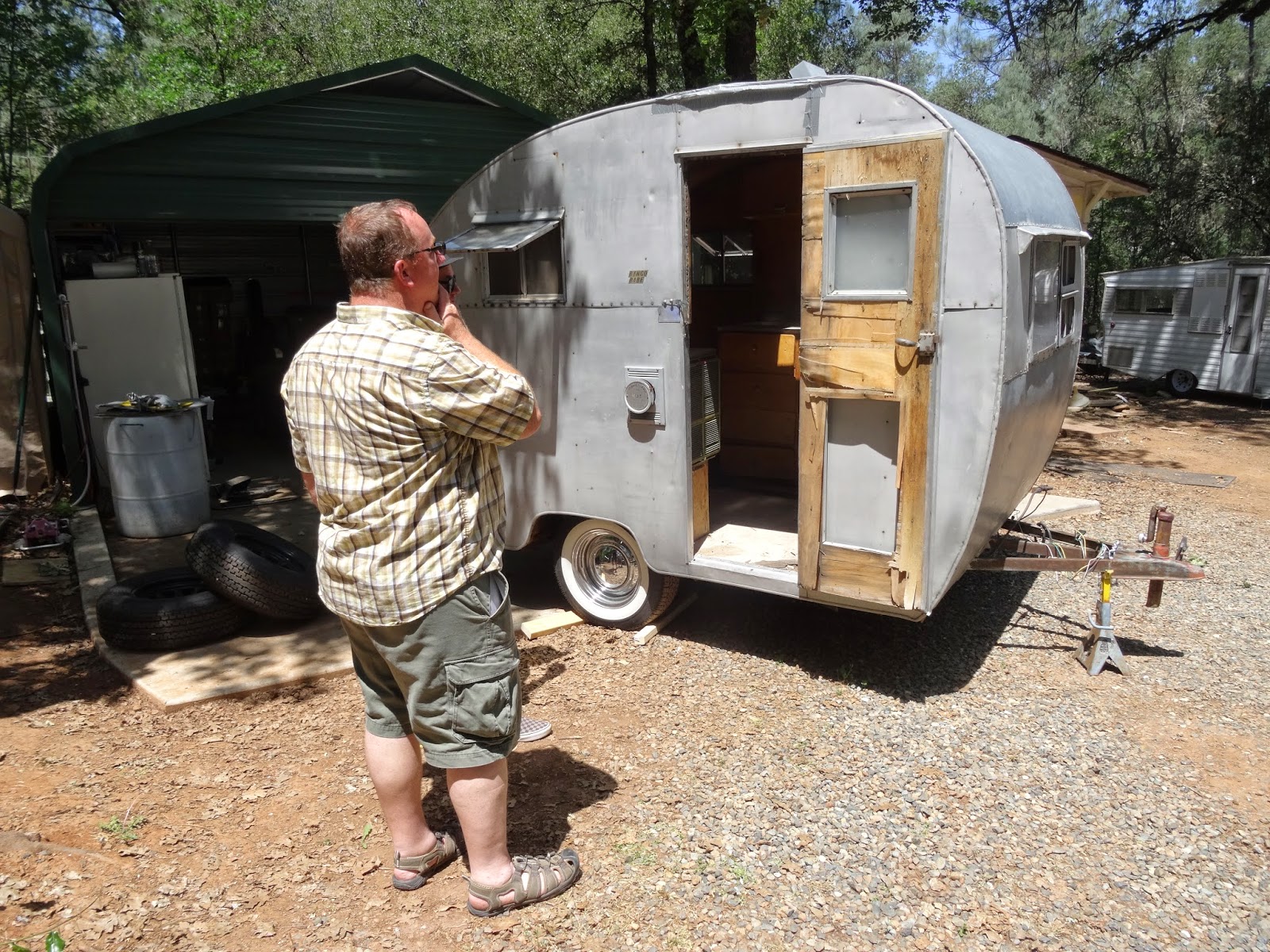 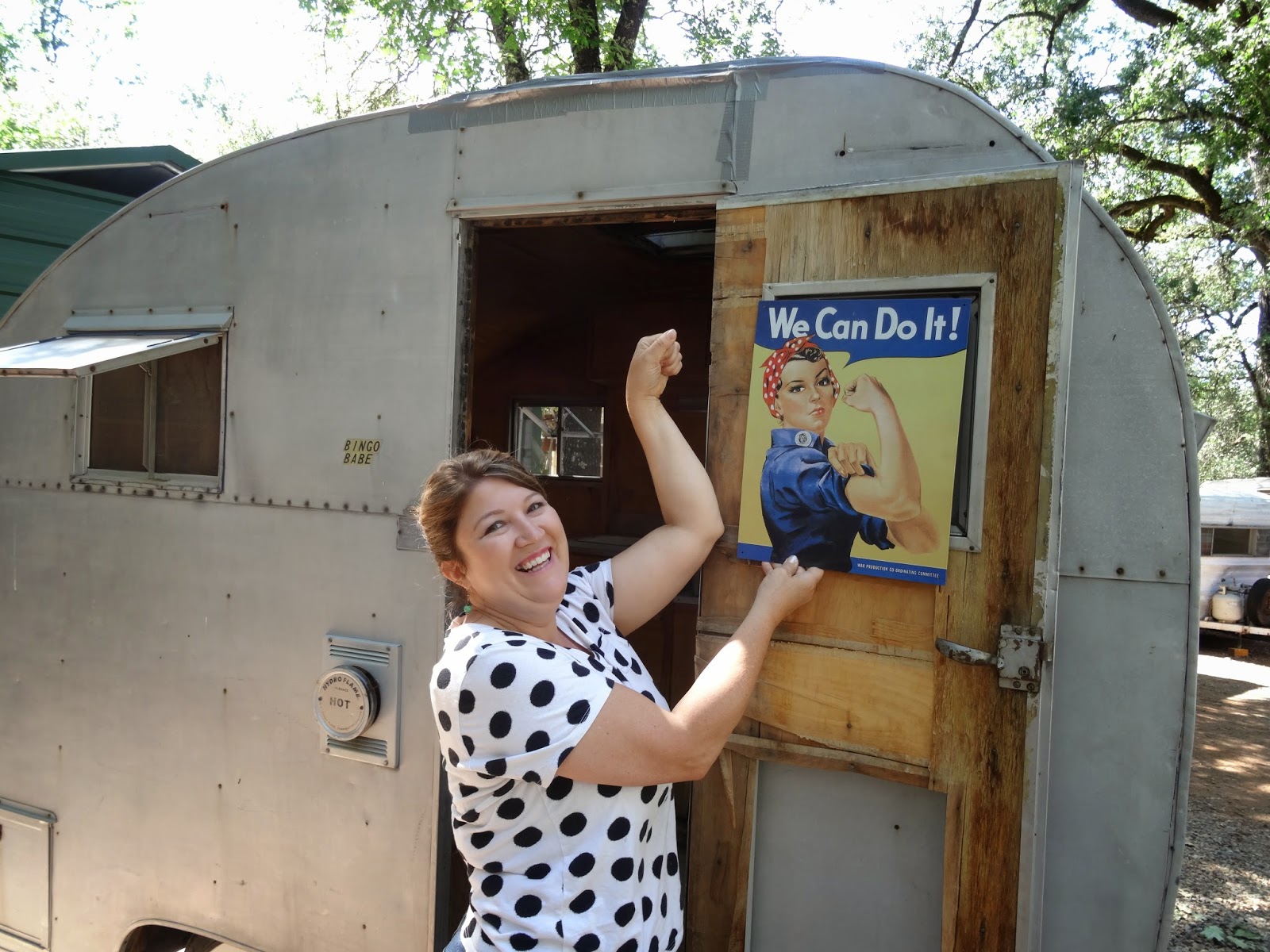 I breathed a sigh of relief and dreamed of what kind of fabulous interior style I will do once she is all done... Stay tuned! 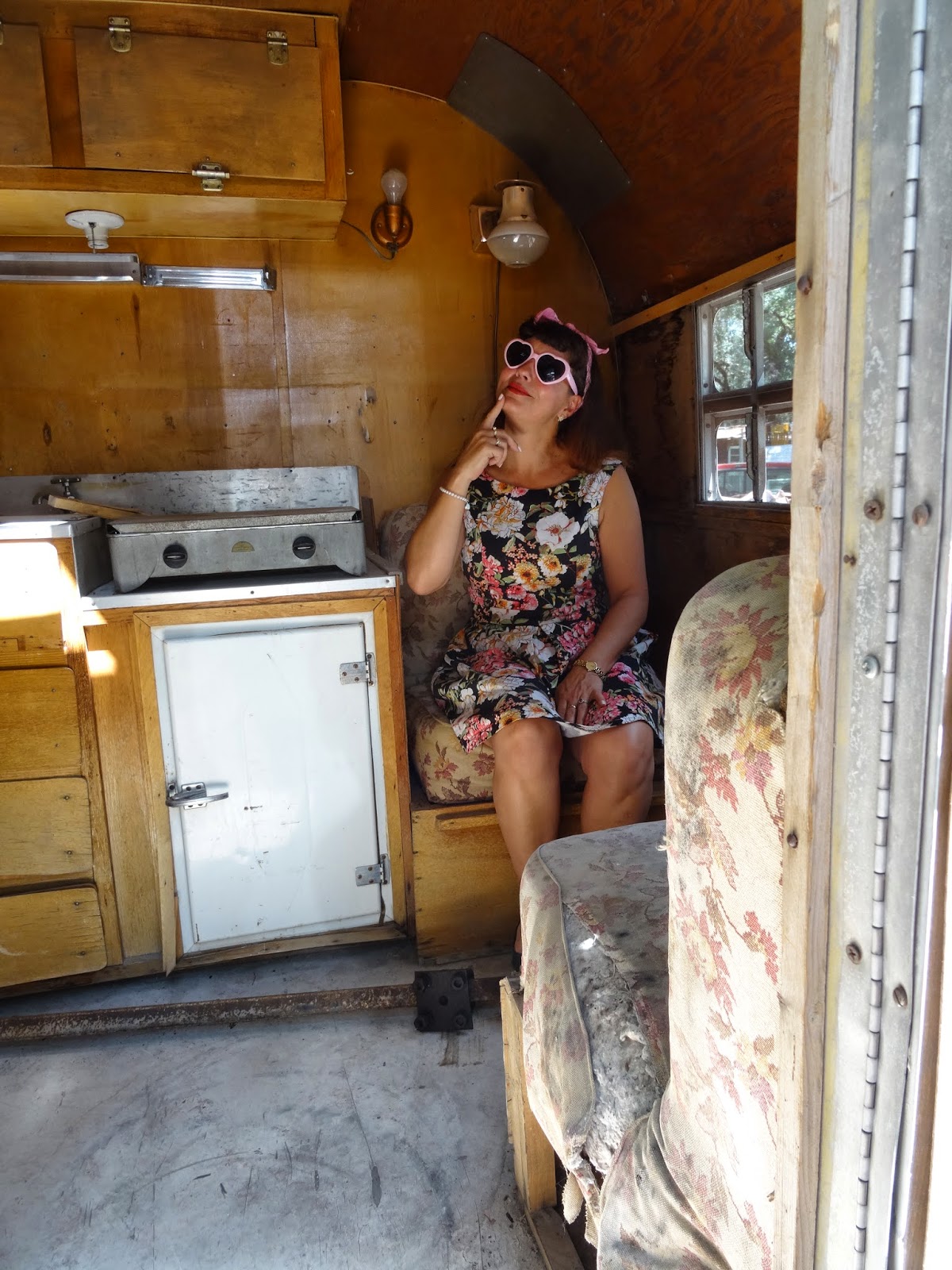